Upgrade your RouterMaster from this ... 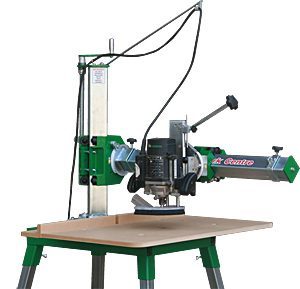 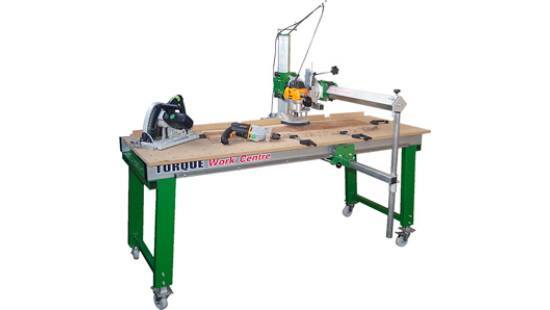 Feedback from the hundreds of RouterMaster owners all over Australia and overseas proves the versatility of this machine in a variety of workshops. The ingenious design of the vertical shaft system with the horizontal outfeed shaft make it easy and safe to work with a wide range of power tools. Routing, sawing, drilling and copying are just some of the functions that make the RouterMaster an irreplaceable machine in the workshop.

But, the RouterMaster has a fixed vertical shaft system.

Not any more. Any RouterMaster model can now be upgraded to a fully functional Torque Work Centre which of course adds a whole new level of versatility with the sideways movement of the carriage system.

How To Upgrade
Purchase the Torque Work Centre Base

Confirm the model of your RouterMaster so the correct holes can be drilled in the carriage plate prior to shipping.

DIY on delivery. Simply unbolt the carriage system from your RouterMaster base plate and bolt it onto the new Torque Work Centre carriage base plate.

Enjoy the incredible versatility of your new Torque Work Centre!

Why Upgrade?
The simple answer is that the sideways movement on the new workbench (sizes from 1.5 to 3.5 metres) creates a work centre with amazing versatility.

Pictures are better that words. That's why you will want to watch the video on the home page again, knowing this time you have the option to upgrade. You'll feel a lot better.

At YAS Engineering we're excited to be able to offer this upgrade and we're confident that you'll share this excitement once you have your own new Torque Work Centre working for you.