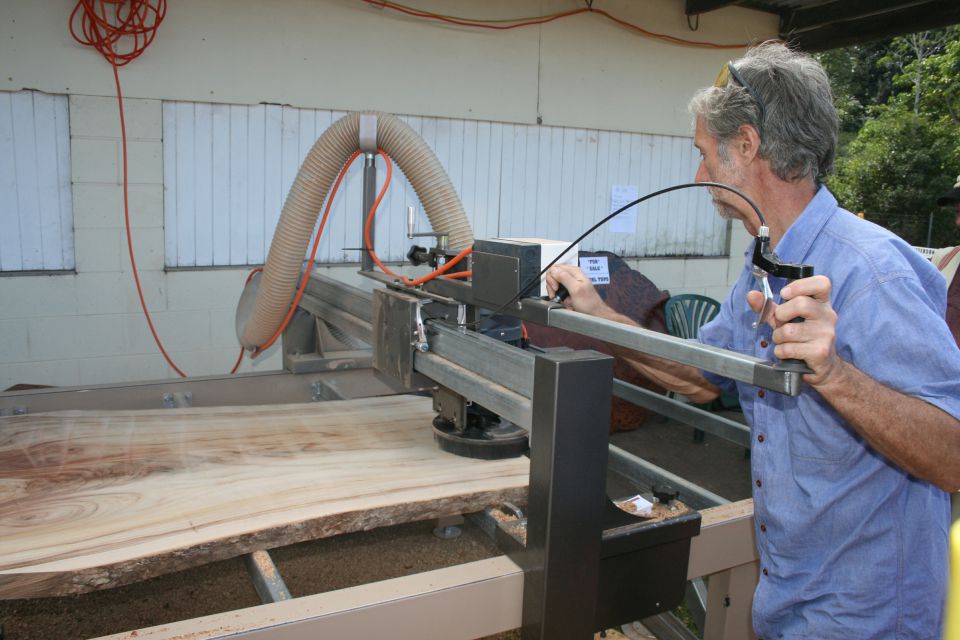 Keith Operating a SlabMaster at the Maleny Wood Show

Stunning Slabs Made for the SlabMaster 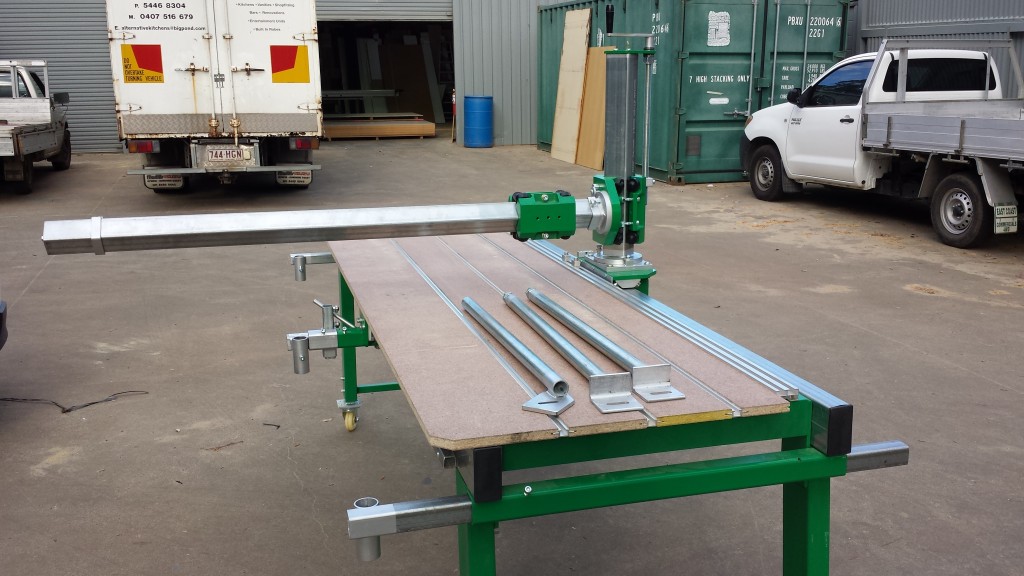 Keith Yarker began with the development of the Routermaster in the late 1980’s and went into production in 1989.

He noticed people were modifying the Routermaster to machine timber slabs and it wasn’t long before Keith started work on designing a machine specialized for levelling slabs.

In the early 1990’s he produced his first prototype of what is now known as the Slabmaster. He went on to show this machine along with the Routermaster at Wood shows Australia wide.

Keith continued to produce both machines while fine tuning the designs for well over a decade while also designing and manufacturing custom CNC routers for factories and schools.

All this time he had been looking at redesigning the Routermaster to include sideways travel.

By 2005 the design of the Torque Workcentre was well underway and within no time the first lot of machines where rolling through production.

Keith has been through the highs and the lows over the past 30 plus years in business but it all came crashing down in 2016 with the passing of his wife and mother to his four children.

He continued to manufacture machines but struggled to keep up with demand.

In mid 2018 Keith’s family rallied to rebuild the family business to its former glory.

Now trading as Selective Engineering Pty Ltd and with the backing of the next generation we are looking to the future.

Keith is again in the designing phase of a revolutionary new machine for everyday people. We are forging new partnerships and looking at taking this entire business to new heights.